This Iraq War Veteran makes his case for supporting John McCain. This message to Mr. Obama comes out loud and clear with over 11M hits. This video is currently the most viewed campaign videos on YouTube according to BBC News, Washington DC reporter Rajini Vaidyanathan.

To contact Marketing Dynamics visit: www.TeamMarketingDynamics.com or call 281.463.4560.
Posted by Andy Valadez at 7:18 AM No comments: Links to this post

Email ThisBlogThis!Share to TwitterShare to FacebookShare to Pinterest
Labels: Web 2.0, You Tube 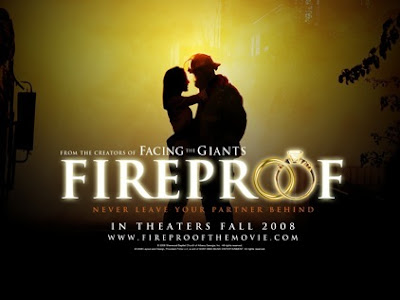 NEW YORK, NY, October 21, 2008: Samuel Goldwyn Films’ FIREPROOF starring Kirk Cameron continued its incredibly successful run having crossed the $20 million dollar mark less than four weeks in release. After opening #4 in the country on Sept. 26 with a per screen average of $8,111 making it the highest opening weekend box office (non 3D HANNAH MONTANA) of the year for films released on 1,000 screens or fewer, the film remained in the top 10 for three consecutive weeks while competing against films released on more than double the number of screens.

FIREPROOF marks the second successful theatrical release in the ongoing collaboration between Sherwood Pictures, Provident Films, Samuel Goldwyn Films, and Affirm Films. The first joint venture was FACING THE GIANTS, which went on to gross north of $10 million.

FIREPROOF was written by Sherwood’s Alex and Stephen Kendrick and directed by the former. The film stars Cameron and newcomer Erin Bethea in a story about a firefighter who must learn how to rescue his own marriage.

On both FACING THE GIANTS and FIREPROOF, Sherwood, Provident Films, Samuel Goldwyn Films, and Affirm Films worked together to devise and execute a marketing strategy to blend traditional theatrical marketing with an aggressive grassroots and faith-based outreach. Provident held screenings across the country and provided resources and materials for pastors and churches to spread the word about the film. Through its vast network and databases, Provident created opportunities for them to bring the film to their respective areas and generate excitement within their communities.

Communities across the U.S. are using the film as a tool to support local firefighters, police, and other first responders’ groups with divorce rates up to 90 percent. As churches, individuals, and groups send first responders and their spouses for a night at the movies, volunteer babysitting brigades are freeing up couples to go. Parents are buying tickets for their married children. Churches are buying for members and using the movie to kick off marriage courses.

Said Meyer Gottlieb, president of Samuel Goldwyn Films: “We are thrilled with FIREPROOF’S astonishing reception and grateful that audiences all over America are raving about this entertaining and inspirational film."

According to Bob Rubin, executive vice president of Sony Pictures Home Entertainment, one of the acquisition partners for the film, and which oversees Affirm Films: “Affirm is delighted to have once again partnered with Sherwood Pictures, Provident Films, and Samuel Goldwyn Films in achieving another outstanding box office success in FIREPROOF. The performance of this film obviously reflects the need for this kind of inspiring entertainment among a large audience and Affirm is committed to continuing to make such content available to this community in the future."

"FIREPROOF's inspiring love story has captured the heart of America. People leave theaters passionate about sharing the hope and inspiration of FIREPROOF with family, friends, and everyone they know!” said Terry A. Hemmings, president & CEO, Provident Music Group.

Alex Kendrick goes on to say: “Calls, letters and emails are pouring into Sherwood Pictures to tell us how FIREPROOF has inspired them to pursue covenant in their own marriages. We know we have a lot of growing to do as filmmakers, but we will always look for the ‘God’ idea that inspires and motivates people.”

A book entitled The Love Dare (www.lovedarebook.com), originally a plot device in the film until audiences repeatedly requested copies for themselves, is #1 on THE NEW YORK TIMES PAPERBACK ADVICE BEST SELLER’S LIST for the second week in a row. Written by the Kendrick brothers, The Love Dare is currently #9 on Amazon.com and in its seventh printing.

Goldwyn plans to expand the release of the film over the upcoming weeks to more than 1,000 screens.

Email ThisBlogThis!Share to TwitterShare to FacebookShare to Pinterest
Labels: movies

An excellent book that takes a strong look at design and communicating the dynamics of stellar brands. You will look at the world in a totally new way. Design matters. Get caught up in The VORTEX!

To contact Marketing Dynamics visit: www.TeamMarketingDynamics.com or call 281.463.4560.
Posted by Andy Valadez at 5:12 PM No comments: Links to this post

For any size business and its leadership who wants to be great! Put aside your commonly held beliefs and discover the research that shows how great companies separated themselves from the pack.

To contact Marketing Dynamics visit: www.TeamMarketingDynamics.com or call 281.463.4560.
Posted by Andy Valadez at 12:43 PM No comments: Links to this post