"Generations in the Balance" an Evening with Military Ministry, a Division of Campus Crusade for Christ 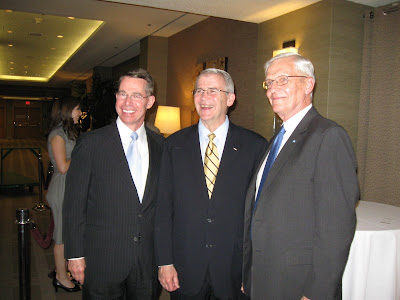 What an incredible evening in Dallas, Texas, Thursday 4/23/2009. I was honored to attend a company of heroes at a banquet of supporters for Military Ministry, an organization on the front lines of helping our veterans at war and at home. Military Ministry is a divison of Campus Crusade for Christ and offers a variety of resources to help veterans in their service to our country. Major General Bob Dees, Executive Director, and his board of business and military professionals were on hand to welcome many of the attendees who had come to Dallas from all over the country.

The night showcased our veterans who serve our country selflessly to include former combat veterans who are dealing with Post Traumatic Stress Disorder (PTSD), a Gold Star mom who shared her story and testimony, to prominent community leaders, other military and business benefactors. Norm Miller, CEO and Founder of Interstate Battery, a long time supporter, issued a check for $250,000 and offered to match that amount again within the next 120 days. Mr. Gene Birdwell, business owner and volunteer head of a PTSD organization donated $50,000 on behalf of his organization. Our friends Rick and Julie Fairchild were also in attendance. 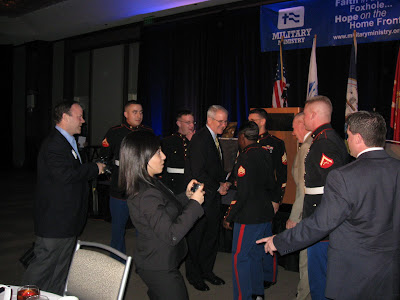 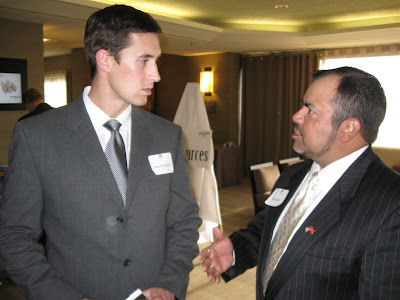 Donovan Campbell is a Marine's Marine, serving three combat tours in the deadliest parts of Iraq and leading his platoon who suffered over 50% casualties, the highest rate since the Viet Nam war. He and his well-trained fighting force held their sector and he writes about their experience in his book "Joker One." 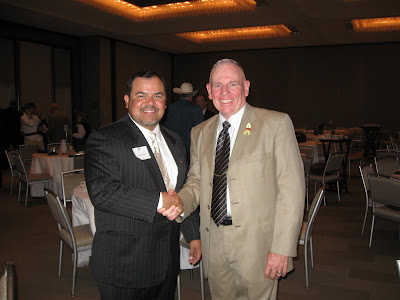 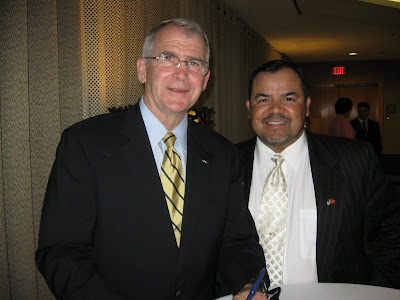 Finally, to culminate the evening, an opportunity to meet my hero and great American who prefers to be on the front lines in a company of heroes. LtCol North is an amazing man and continues to serve his country as a combat correspondent, news commentator, host of "War Stories" (airing on Fox News), and author of many books, most recently - "American Heroes."

The WELL DONE Awards is a great idea started by Denny and Leesa Bellesi, authors of The Kingdom Assignment. Their assignment? To recognize the good works within Christian community and share their stories with the world in an entertaining, creative, and memorable way. Now in its third year, The WELL DONE Awards promises to be the best year ever. The awards evening will be held at The Grove of Anaheim, Anaheim, California, May 31, 2009. We hope you enjoy this video.


Song by Chris Sligh - "Are You Pleased"
Posted by Andy Valadez at 6:42 AM No comments: Links to this post

Are you hopeful about the future of your business or gloomy? Real marketers market in the good and bad times. If you are a business owner, you may find that you have to also wear the "marketer hat" too. When the seas get rough, old tactics may not work as well. People save their money, hunker down, and peak out into the storm to make their survival, needs-only, decisions. However, the brands that marketed during the sunny days are still remembered. If that is you, my hat is off to you. So, if you are facing tough times, you may need seek out marketing advice to survive. Typically, the companies that have healthy marketing plans are still capitalizing on their investments.

Here are a couple of quick things that you can do to get your brand more visibility:

Andy Valadez is President of Marketing Dynamics, a strategic marketing enterprise helping its clients to leverage their unique business opportunities. His company has served many media personalities, leaders in technology, construction and real estate, racing, film, music, publishers, not-for-profits, and emerging companies. You can find out more about Marketing Dynamics by visiting: www.TeamMarketingDynamics.com. Mr. Valadez is a graduate of Texas A&M University (Marketing) and Tulane University (Applied Business) and served honorably in United States Marine Corps (Desert Shield/Desert Storm). He is happily married to his wife and girlfriend of 27 years, Tina, and has two beautiflul girls, Kayla (8) and Kenna (5).

Contact:
Marketing Dynamics
Phone: 281.463.4560
E-mail: info@TeamMarketingDynamics.com
Micro-blog: www.Twitter.com/MarineAg (to see what Andy is up to now)

Marketing Dynamics, because the market never stays the same. Experts in marketing excellence.
Posted by Andy Valadez at 12:14 PM No comments: Links to this post